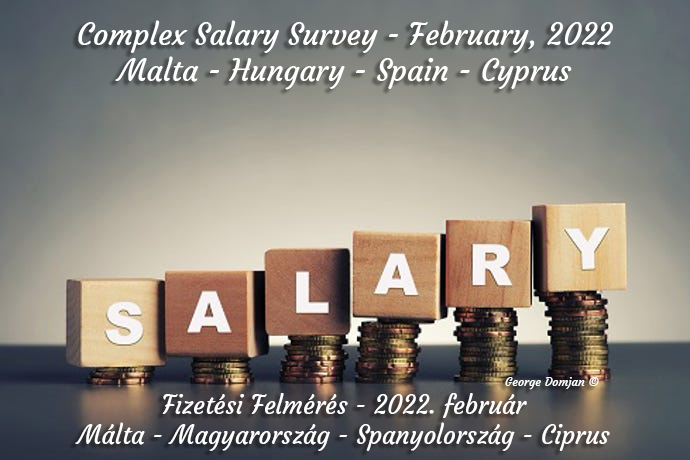 Background of this Survey

It has happened that, after 2 years of working from home, Maltese companies have, unfortunately, been hit by “the wind of recovery”, and despite the fact that more than 80% of employees would still prefer to work from home, or at least the hybrid work (a few days a week/month in the office – this would still be acceptable and even understandable – but besides the rest from home), the vast majority of companies did not allow it. Companies have suffered a huge loss of employees due to this fact, and as a result of constant fluctuation due to the unpredictable working and travel conditions, so People living far away from their origins will find a way to make their lives easier, and less complicated. I myself had to also resign after commuting from the smaller island of Malta (from Gozo) to the main island for two months without any point in it. I strongly believe that the future is to work from home, work digitally, remotely, especially in jobs where it is clear and feasible in all respects, and the employee(s) also have the will to do so. In addition, it has been repeatedly proven that working from home has made all of us more efficient, productive, and drastically reduced the number of days lost due to illness, malaise, and exhaustion. Companies that don’t even let employees continue to work from home are simply called “Dinosaur Companies” in professional circles. They will die out sooner or later.

After I had no other option than to leave my former company (the 4 hours of pointless commuting per day did not attract me), I received better and better offers in the field of financial security – not only from Malta but also from Spain and Cyprus – as well as some interesting Hungarian offers by headhunters. Therefore, I felt the need for a comparison of the income and tax condition differences, also compared to the cost of living (housing, travel, communications and the Internet, as well as food, restaurant expenses) so that if we find a good offer, we can switch easily based on a better view and move to another country if necessary, where we find the most favourable overall conditions for us. Although I had prepared myself for the fact that there might be serious differences between the individual countries, I was rather expecting that there would be significant differences between these Mediterranean countries and Hungary, I found that there are huge gaps, and differences in all these countries. I did the survey primarily to satisfy my own interest, but I think it can be instructive for others (many!), so I’ll post it now as follows.

The result has shocked me in all ways …

I made the first comparison by assuming the same gross salary in the same jobs in each country, and I just wondered how much of the same gross salary would remain as net income in this circumstance. Given that these countries predominantly set annual gross wages, I have applied this as well, and I have taken into account the tax and contribution implications of this and looked at the net wages left in the pocket. I conducted my survey in the categories of the annual gross income of € 24,000 and € 36,000, as in these Mediterranean countries these are roughly the income ranges what well-skilled people in the financial professionals are earning.

Spain and Malta pay roughly the same net wage on the same gross wage, and to my surprise in Cyprus, there is about €1,800-1,900 more left in the worker’s pocket each year from the same wage. In the case of Hungary, the result was already deeply devastating in this case as well, although we have not even seen how much lower salaries in Hungary are for the same job. Roughly on an annual basis, the Hungarian state deducts 2,000-2,100 euros more from the same gross wage, as can be seen from the table and graph below.

Naturally, I thought we should not be unfair because the cost of living in Hungary is still much lower than in the western part of Europe. Taking into account the data of specialized analysts, it can be stated that the living costs in Hungary are about 38.9% lower than in Malta and that Spain is also 14.7% cheaper, while Cyprus is also 15.2% cheaper than Malta. Accordingly, I valorized the above analysis (partially) by modifying the effect on the net income of the given gross wages in proportion to the cost of living, and the picture has already been rearranged, and Hungary has risen from the deep last place to the second place, as shown in the following table and diagram. also shows:

During the Survey, I’have currently focused on 13 jobs only. I was deliberately looking for the ones that can be found in every country, and that we can identify in much the same way everywhere, and we also understand the meaning and the tasks in these jobs. Of course – if required – I can also carry out such or similar partial or complex surveys for anyone in other countries, other jobs and sectors, but this was now worked out only for my own interest. The table resulting from the survey details contains not only the average gross wages in each job in each country but also the related net wages (both monthly and annual), as well as the median value, the lower and upper quartiles (25th and 75th percentiles) and the also the minimum and maximum gross wages paid in the given job in the given country to get a full picture of the reality as it is.

You will find itemized data next to each job. However, at the end of the table you will find a small summary showing the aggregate results for each country in terms of salaries and cost of living: For example, Malta has, on average, the highest salaries compared to these countries. Compared to Malta, for example, average wages in Hungary are 71% lower, ie those who work there receive about 1/3 of the wages for the same work than they would get paid in Malta. In Spain, the wages are 37% lower than in Malta, while in Cyprus people receive 53% less gross wages for the same work. In addition to the significant differences between gross and net wages between countries, I also indicated the proportions of living expenses, according to which living in Hungary, for example, costs 40% less than in Malta, and in Spain and Cyprus, it is 15% cheaper than living in Malta.
The table below can also be downloaded in PDF here: Salary Survey (PDF)

Any republishing of this or other surveys, analysis on the site, in whole or in part, is only permitted with the prior permission of the author and in compliance with copyright!
Copyrighted by George Domjan 2022 ©

If you are interested in a similar survey, or a partial or complex comparative analysis of salaries or other issues that affect you or your business, feel free to contact me! I am happy to discuss with you what your needs are and I will compile what you need based on my experience and practice.